Wings and Tins Dee Why and Darlinghurst

We’ll be launching at Taps Mooloolaba on Sunday 9th December with a Beached Az Party. The beer will be pouring on tap and in cans.

Decanters by the Bay 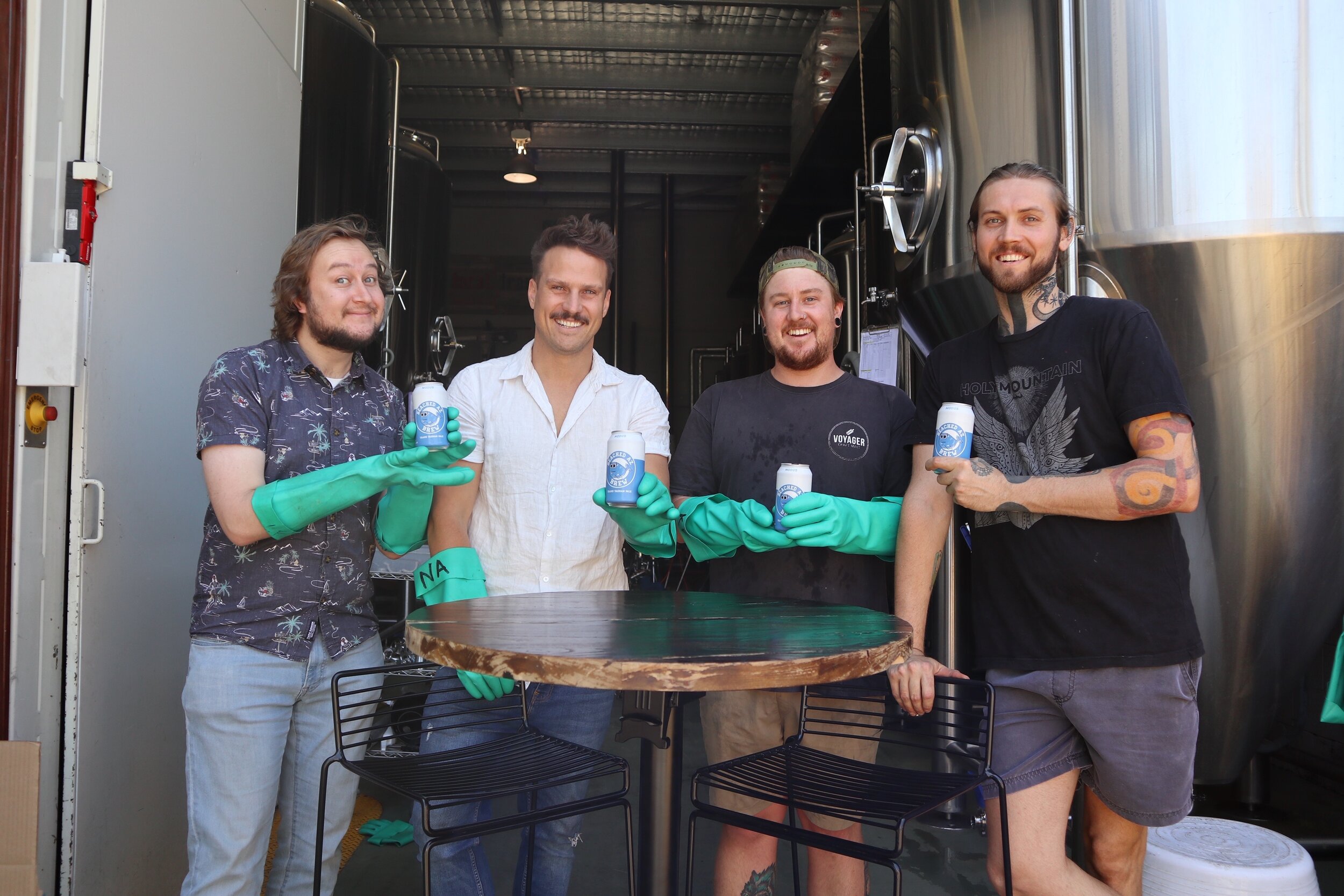 The team behind the cult animation Beached Az are excited to announce their partnership with Modus Operandi Brewing and the release of Beached Az Brew – Trans Tasman Pale on the 15th November.

Following the recent launch of the new series of Beached Aziversary – a 10-part animation supported by Screen Australia – the team have taken the more serious climate message in the series and continued to spread the word. The partnership between Modus with Beached Az, along with a number of local charities championing ocean initiatives and answering their call to action in the series to “actually do something” will see Beached Az Brew aiming to make a contribution to combatting the growing climate issues, with $1 of every pint sold and $20c from each can sold going towards a host of charities throughout the year.

“We love a beer! Nothing new there but it was important that the beer was actually one we wanted to drink and not a token gesture which is why we wanted to speak to Modus. We’ve been loving their beers for a while and so we gave them a call. Knowing they’re aligned on green energy of the beer and sustainability credentials was key, it’s proved to be a natural partnership.” said Beached Aziversary creators Anthony MacFarlane, Jarod Green and Nick Boshier.

“The Beached Az series is bloody funny, so when Nick and Macca rocked up to talk about the beer, we were all beers. We love the direction of the new series. Obviously brewing by the Beach, climate action and sustainability is hugely significant to Modus. We try to have a light footprint across the board with 100% green energy. Beached Az Brew is a great opportunity to take a serious message and convey it in an original and compelling way. – brewing meets comedy.” said Modus Operandi co-founder Jaz Wearin.

Launching on the 15th November at Wings + Tins, Dee Why, there will be a series of launches in conjunction with beach clean ups to raise awarness for the new beer and the message it’s communicating. The details of the locations of the planned clean ups will be confirmed together with the participating venues. The first of which will be in Mona Vale on the 15th, then Dee Why on the 24th with the Northern Beaches Clean Up Crew, leading up to Ocean Care Day Sunday 1st December for The Ocean Festival.

The beer itself is a Trans-Tasman Pale. As the name suggests it’s brewed with a mix between Australian and New Zealand hops and malt. The result is a tropical and citrus pale ale – it’s 4.5% easy drinking; a perfect beach beer, especially after a beach clean up.